Here is a little bit of Manta 19 history that I've managed to piece together from old newspaper cuttings and magazine articles.

Where did the Manta 19 originate?

According to old magazine articles, the Manta 19 was created by the Austrian designer Anton Miglich as a small cruiser/racer. David Hutchinson of Blakes Marine was showing their Kelpie yacht at the Friedrickshaven boat show in the early/mid 1970's when he first saw the Manta 19. He arranged to have a series of test sails on the local lakes near to the Austrian builders (Schoechl Yachts) home base and he was so impressed that he negotiated permission to build 200 Manta 19s in the UK under licence. Blakes Marine, a subsidiary J.Blake & Co. Ltd. Group (a long established main dealer of Ford cars), built Manta 19's from their base at Hoylake on the Wirral. Originally they were supplied with mainsail and genoa. They were well equipped with pulpit, lifelines, berth cushions and curtains and cost £2219. A road trailer could also be supplied for an extra £275 and the recommended outboard engine was a 5hp long shaft Achimedes Penta. Unlike many small yachts in its class, the Manta 19 has a moulded interior lining which provides a very smooth finish inside and virtually eliminates condensation.

Schoechl Yachts also made the Sunbeam 22 which was a fin keeled yacht. On closer inspection the Sunbeam 22 shows remarkably similar lines to the Manta 19. The extra length of the Sunbeam allowed for a separate forward cabin and accommodated a fixed galley and locker. 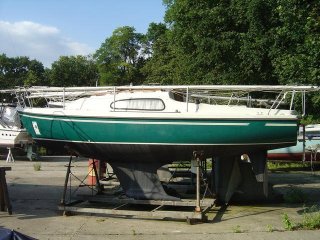 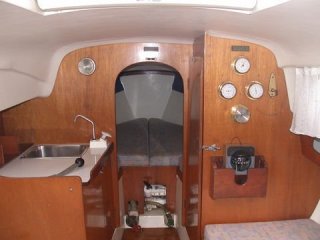 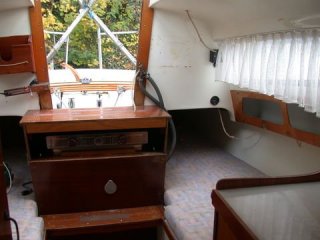 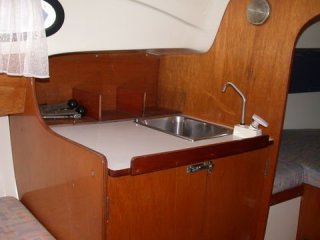