The weather forecast for the late May Bank Holiday did not look to good but it was the first opportunity of the year to get Sophie on the water and therefore could not be missed.

At 0850 I arrived at Whitwell on Rutland's north shore with Sophie. I soon had the rigging attached to the mast and at 0930 Gareth and his 2 boys, Paul and Ben, arrived. We soon had the mast stepped and Sophie was on the water. 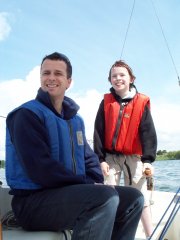 Once we were away from the pontoon Paul took the helm and we were soon out in the middle of the lake. Ben enjoyed some time on the fore deck as Sophie creamed along in bright sunshine and a F3 breeze. Everyone took a turn at the helm and although the sky gradually became more and more cloudy, we were fortunate that the rain held off. We had lunch on the move and after a final sail around the dam area, we headed back to Whitwell and tied up on the pontoon at about 1400. Gareth, Paul and Ben went on their way and I set off for a solo sail in a freshening breeze. 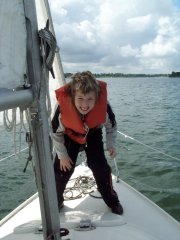 Anne arrived later in the evening and after a walk followed by a meal aboard we settled down for the night.

We awoke to a crystal blue sky that quickly began to go grey with clouds. The wind was freshening as we set off for a lively morning sail. We anchored in Barnsdale Creek and enjoyed a light lunch and a generous helping of sunshine. After a beer we set off for a final sail, returning to Whitwell under jib alone.

We recovered Sophie and headed home to Branston at 1700. 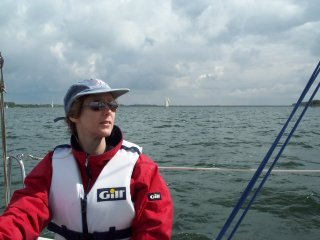 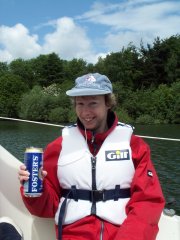 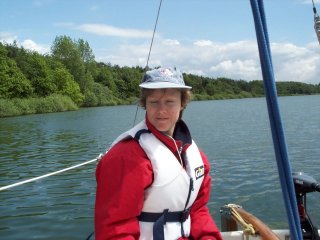 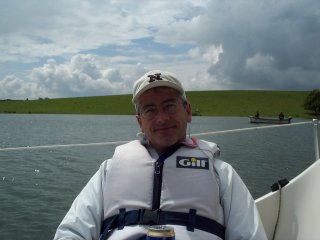 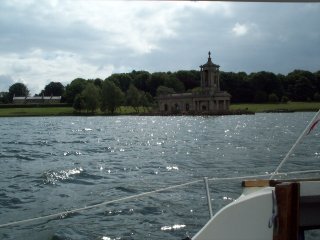